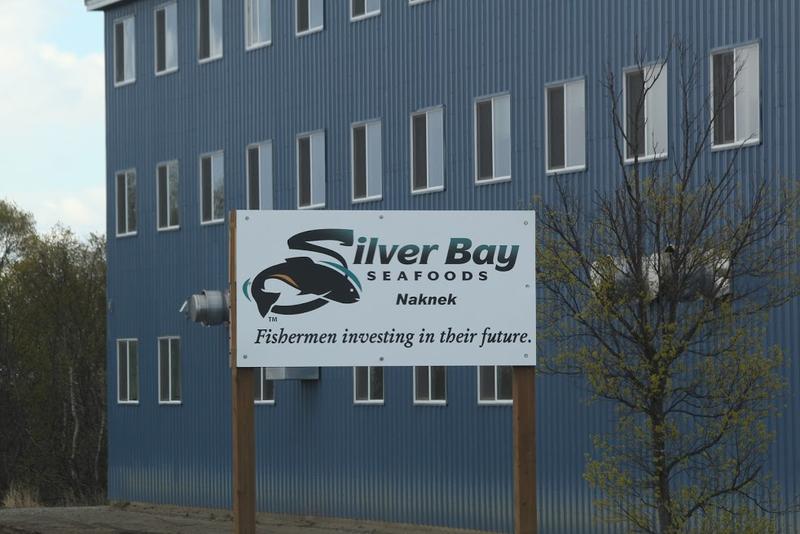 A state OSHA investigator is looking into claims of workplace health and safety issues at the Silver Bay Seafoods processing plant in Naknek. While many of Bristol Bay’s salmon processing companies had issues with their workforce during this record-setting season, only Silver Bay has drawn the state’s attention so far. The company is also on the receiving end of some particularly bad press in Puerto Rico, where a number of its seasonal workers came from this summer.

Audio transcript: Processing Bristol Bay’s annual salmon harvest takes the blistering effort of thousands of employees working at about a dozen major companies. Seafood processing is an “emphasis industry” for the Labor Standards and Safety Division of the state Dept. of Labor and Workforce Development, says division director Deborah Kelly.

“Because of the hazardous nature of the work, the short seasons, long working hours, and transient workforce, we do try to emphasize our enforcement inspections, and also our consultation services to assist employers to keep their workers safe and healthy,” she said.

Most of Bristol Bay’s processing companies had workforce problems at their plants this summer. The run came in much larger than expected, and as the fleet hauled in huge catches day after day, the demands on the processors to keep up were high, and the labor force was stretched thin.

Still, only one company has so far caught the state’s attention.

“We sent an investigator out to inspect the complaint items, inspect the workforce, and look for hazards to employees there at Silver Bay Seafoods in Naknek,” Kelly said.

Who made the complaints and what they alleged has so far not been made public. Naknek residents and Silver Bay fishermen who spoke with KDLG throughout the season described an unusually high washout rate from the processing plant, which was new to Bristol Bay as of 2014. Complaints of poor food, poor treatment, high numbers of injuries, and large walk-offs circulated around the Bay.

Governor Bill Walker was personally made aware that employees from Puerto Rico had gone home from Silver Bay with some serious complaints and allegations. The Governor of Puerto Rico, Ricardo Rossello Nevares, delivered a letter with his concerns to Walker at a governor’s conference in Rhode Island earlier this month.

Puerto Rico’s largest newspaper, El Nuevo Dia, published an exclusive accounting of three Puerto Rico employees who returned from Naknek saying they had been mentally terrorized and physically abused. Some of their allegations tend towards the outrageous, suggesting the company housed employees in ghettos based on ethnicity and had armed guards monitoring their movements.

The three unnamed former workers interviewed by El Nuevo Dia also say the long hours, poor food, and cramped quarters were not what they were expecting.

Roy White from Naknek agrees with these latter complaints. He worked at Silver Bay Seafoods Naknek for a few weeks this season.

“Working conditions are horrible,” he said. “I mean they’re sixteen hours straight, seven days a week … they gave us just five minutes, a five minute break, and then you’re right back in there putting your rain gear on.”

White said the food served to employees was much worse than he had eaten at other processing plants he has worked at.

The whole short summer work program was not what he was expecting.

“No, because they’re description on the computer was way different than what was actually how it is.”

White and his girlfriend say they both sought treatment for minor work-related injuries, then quit their jobs. He said he will not be reapplying anytime soon.

“People are the lowest thing on that list in that whole business. We are expendable,” he said.

According to El Nuevo Dia, the matter has been brought to the attention of authorities in both the U.S. and Puerto Rican governments. It’s unclear what other investigations may be underway, but Director Kelly says the state’s OSHA investigation could take between a few weeks to six months to wrap up.

“Once the investigation is complete, we will inform the complainant of course of what we have found. At the time everything is final, the case and all the information within becomes public record,” she said.

If the state finds that Silver Bay Seafoods violated safety and health standards in the workplace, Kelly said they could face fines of tens of thousands of dollars per violation.

Kelly said she could not yet comment on the merit of the complaints being investigated.