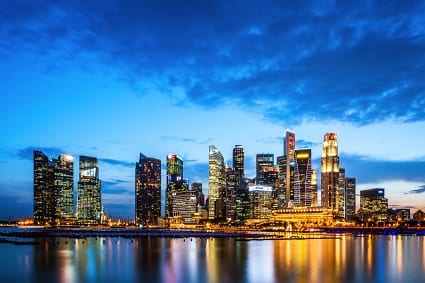 Next week, Singapore will be host to the 21st World Congress on Safety and Health at Work, the world’s largest event for occupational safety and health experts.

Often swept to the sidelines on the global forum, occupational safety is one of the most under-addressed issues in the working world today.

“The quality of occupational health and safety has tremendous impact on people’s lives,” said Joachim Breuer, president of the International Social Security Association (ISSA), in an interview with the Straits Times.

“Prevention contributes to society, as occupational safety and health are basic human rights,” he said.

According to Breuer, this isn’t an issue for workers alone, but for corporations as well. On the part of the firm, “it also affects businesses because fatal accidents mean a disruption of the whole company and a loss of workforce”.

“From an economic standpoint, it makes sense to invest in prevention and return to work… (and) allow people to go back to work instead of depending on financial compensation,” he said.

Held every three years, the ISSA-organized congress will see roughly 3,000 delegates from over 100 countries in attendance this year, with the aim of bringing together global experts to create knowledge and strategies that can be implemented in firms worldwide.

Nancy Leppink, chief of the Labour Administration, Labour Inspection and Occupational Safety and Health Branch of the ILO, said that the problems surrounding workplace safety are primarily a leadership issue.

“There is general agreement that further sustained and coordinated action is needed at the international and national levels,” she said. “Workplace safety and health has suffered from sporadic political support, and inadequate public and private resources.”

According to Leppink, the ILO estimates occupational accidents and work-related diseases cause over 2.7 million work-related fatalities a year.

“The economic impact of the failure to adequately invest in occupational safety and health is currently estimated to be 3.7 per cent of the global GDP per year, not to mention the human suffering caused,” she said.

The Asean region is projected to become the fourth-largest economy by 2050, and has about 630 million people, with more than half under the age of 30 – the Straits Times reported.

Leppink shared that next week’s congress will feature extensive activities around the vulnerabiliy of these young workers.

According to her, around 150 young workers and employers from around the world “have been invited to share their ideas and enthusiasm for reducing workplace harm to young people, who suffer the highest incidence rate of workplace injuries”.

The 21st World Congress on Safety and Health at Work will be held at the Marina Bay Sands, from Sept 3 to 6, 2017.