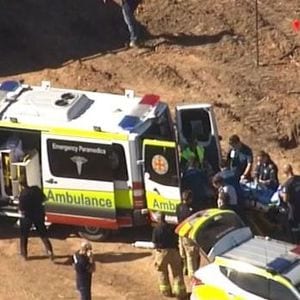 UPDATE: A SPRINGFIELD Lakes construction site will be closed until next week after a man was fatally injured on Monday.

The housing estate site on Grande Avenue is owned by Lendlease and contracted to a third party construction company.

A Lendlease spokesperson saidthe principal contractor’s site would remain closed until after Easter.

“Our thoughts are with everyone impacted by this tragic event and particularly the worker’s family and friends,” the spokesperson said.

“The principal contractor’s site will remain closed until after Easter and we will continue to provide support to the people impacted.

“Safety is our number one priority and we continue to work with the relevant authorities as they progress their inquiries with the principal contractor.”

A man died in hospital on Tuesday night from head injuries he received at the construction site on Monday.

A Workplace Health and Safety Queensland spokesperson said investigations started on Monday and were continuing. Officers have left the scene.

The spokesperson said an update on the investigation would not be available this week.

INITIAL: A MAN has died of head injuries after he was struck in an incident involving a wood chipper at a Springfield Lakes construction site on Monday.

The man, in his 30s, was flown to Princess Alexandra Hospital in a critical condition shortly after 1.30pm but he died in hospital on Tuesday night.

It is understood the man’s skull was fractured and he was unconscious when emergency services arrived on scene.

Two inspectors and an investigator from Work Place Health and Safety were at the scene on Monday afternoon.

Workplace Health and Safety Queensland said an investigation into the incident was under way.