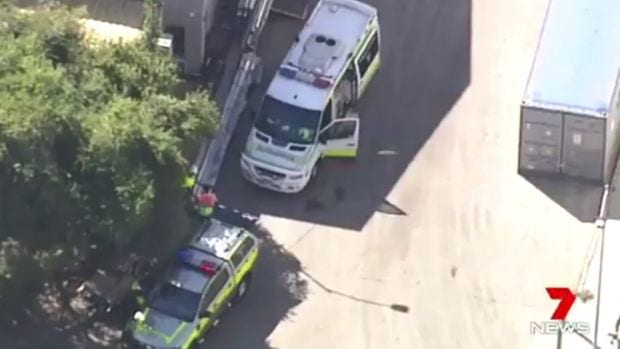 Three maintenance workers have been left with severe burns after an explosion and fire at an abattoir near Ipswich on Saturday morning.

A total of 15 people were assessed by paramedics at the scene, with three taken to the Royal Brisbane and Women’s Hospital suffering second- and third-degree burns to their face and torso, while two others were taken to Ipswich Hospital with smoke inhalation.

The incident happened at the Dinmore Meatworks in Riverview about 9am and was caused by an exploding powerboard.

Fire crews quickly cut power to the building and managed to contain the fire to the powerboard before extinguishing it.

A Workplace Health and Safety Queensland spokesman said numerous investigators had been sent to the “quite serious situation”.

He added the investigation could take as long as 12 months, depending on the complexity of the incident.