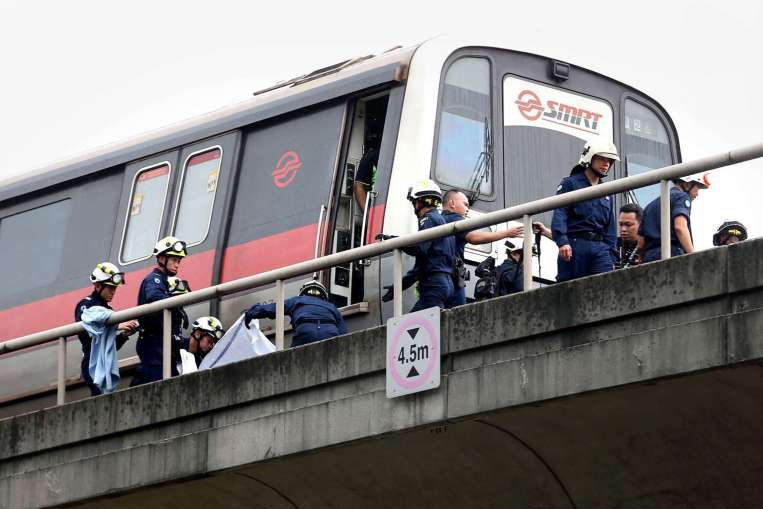 SINGAPORE – SMRT did not comply with approved operating procedures on March 22 last year (2016) when two workers were killed in an accident on the train track, the Ministry of Manpower (MOM) said in a press release on Tuesday (Feb 28).

Non-compliance had been taking place as early as 2002, the MOM added.

“These deviations were neither documented nor properly authorised,” said MOM. “SMRT has failed to ensure that procedures practised by employees on the ground were duly audited, documented and disseminated. This resulted in an unsafe workplace that eventually led to the death of two of its employees.”

SMRT was on Tuesday fined $ 400,000 for its failure to take measures necessary to ensure the safety and health of its employees who had to access the train tracks during traffic hours.

Mr Nasrulhudin Najumudin, 26, and Mr Muhammad Asyraf Ahmad Buhari, 24, were fatally hit by a train travelling at 60kmh near Pasir Ris MRT station. They were part of a team of 15 who had been dispatched to check on a potential equipment flaw.

The stiff fine levied on SMRT serves as a deterrence against companies that do not exercise sufficient diligence in implementing a workplace safety and health management system, said MOM.

“Many workplace injuries and fatalities can be traced to organisational and system failures in the overall management of workplace safety,” he said.