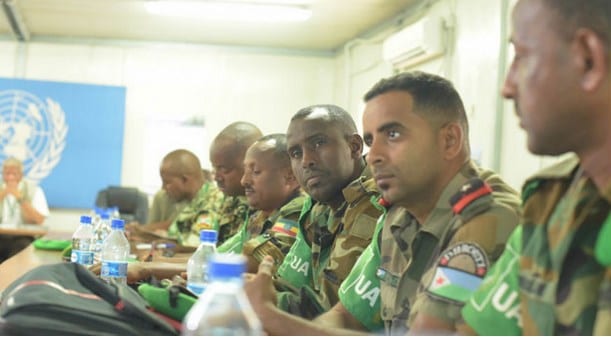 The African Union Objective in Somalia (AMISOM) is reconstituting its Forward Operating Bases (FOBs) to improve safety and security of its soldiers.

The exercise will also include evaluating the design and layout to assist develop sustainable FOBs which have positive effect on troop protection, logistical costs and combat force efficiency.

“The threat has constantly changed for this reason we want much better protection for our soldiers in the frontline. We also need to come up with a standardized FOB layout,” stated Maj. Gen. Fidza Dludlu, the AMISOM Head of Mission Assistance, at a conference for AMISOM sector engineers kept in the Somali capital, Mogadishu.

The objective of the conference, arranged by AMISOM with support of the UK Mission Support Group (UKMST), was to come up with a standardized style and layout for the existing and future FOBs.

Maj. Gen. Dludlu described that the reconstitution of FOBs belonged to the execution of the Somali Shift Plan, which will see the AU Objective even more minimize its troops by 1000 this year.
According to AMISOM, the exercise might require the handing over of a few of the military bases to the Somali nationwide security forces as part of the transfer of security responsibility to federal government.

“Our focus is to support the Somali Shift Plan. This might require us to handover some FOBs or collapse or create new ones,” Gen. Dludlu included.

Gen. Dludlu attracted the officers to put aside their different military teachings and create a basic structure, which will ensure troop security and boost efficiency in FOBs.

The military element in AMISOM is comprised of troops drawn from Uganda, Burundi, Djibouti, Kenya and Ethiopia who are released in 6 sectors covering south and main Somalia.

AMISOM Force Engineer, Col. Olugbemi Adeboye Obasanjo, noted that the safety and security of AMISOM soldiers is critical to the fulfilment of the AU Mission’s required.

“We need to start with make sure that our troops are secure and safe from where they can launch offending operations, do their patrols and perform any other operations in fulfilment of AMISOM mandate,” Col. Obasanjo specified.

The two-day conference, which ended today, also went over other security issues among them risk assessment and field defense stores among others.