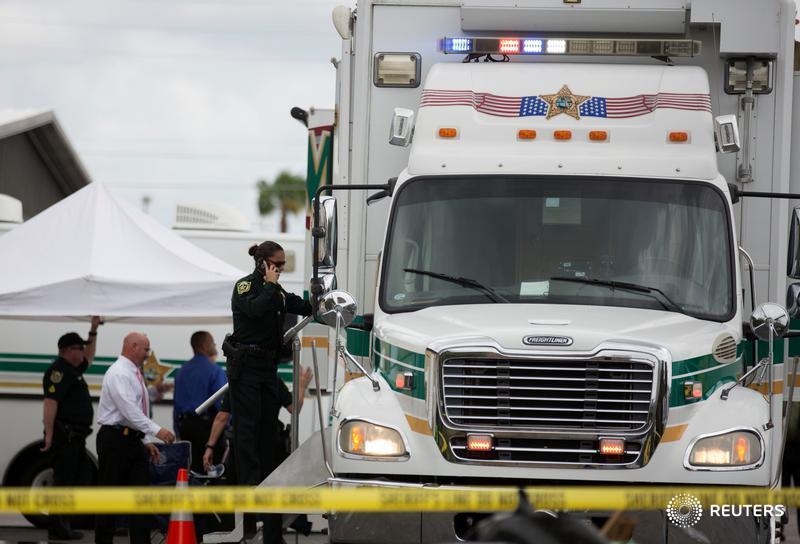 WASHINGTON (AP) — Fatal workplace shootings, like the one Monday in Orlando, Fla., are ticking upward in the United States, government statistics show.

Revenge against an employer, romantic partner or co-workers often is the motive, experts say. Reports of workplace violence are quick to spread across social media.

“It really all boils down pretty much to the same issues: A person wants to feel that they have more control, they want to have more power,” said threat assessment expert Michael Corcoran. “What are seeing when this happens is it gets played up more, so they say, ‘Ah OK, that’s an alternative.’”

What has changed in recent years is the willingness of employers to set up systems to monitor people who might be threats, experts said.

A lone gunman on Monday returned with a semi-automatic pistol to the Orlando awning factory where he was fired in April and methodically killed five people, then himself, the Orange County sheriff said.

Sheriff Jerry Demings identified the shooter as John Robert Neumann Jr., a 45-year-old Army veteran. Authorities had confronted him once before at the Fiamma awning factory, when he was accused of battering a co-worker in June 2014. But after interviewing both men involved, deputies filed no charges, Demings said. That co-worker was not among Monday’s victims, the sheriff said.

The most recent records by the Bureau of Labor Statistics say workplace homicides rose by two per cent to 417 cases in 2015, with shootings increasing by 15 per cent. The 354 shootings in 2015 represent the first increase since 2012.

Identifying people with “concerning behaviour” is key for virtually any company, experts said. That means setting up an “interdisciplinary threat assessment team” of company managers and, sometimes, local law enforcement, to look at and perhaps track workers who were terminated or suspended, said Matthew W. Doherty, senior vice-president for threat and violence risk management at Hillard Heintze.

“Anybody that employs anybody in the U.S. should have one,” said Doherty, a retired special agent who was in charge of the Secret Service’s Threat Assessment Center.

He noted that Aaron Alexis, killed in a gunfight with police after he had killed 12 people at Washington Navy Yard in 2013, was well known for his bizarre behaviour. Several of the victims’ families and survivors filed millions of dollars in lawsuits against the companies overseeing Alexis’ work. The lawsuits allege that the companies were aware of Alexis’ troubling behaviour, including that he heard voices, believed he had a chip implanted in his head and thought people were following him.

“He was of concern to almost everyone in the workplace,” Doherty said. Of Monday’s shooting at Fiamma, he said, “I’d be very curious in this case if they followed security industry best practices for monitoring this person’s behaviour.”

There’s a change in some quarters on how to react.

“’See something, say something’ is kind of tiresome,” said active shooter prevention expert and author Chris Grollnek. “You see out-of-ordinary behaviour, make a quick note. And if you’re in a bad situation, it’s get up, get out. There is no more hiding under a desk.”