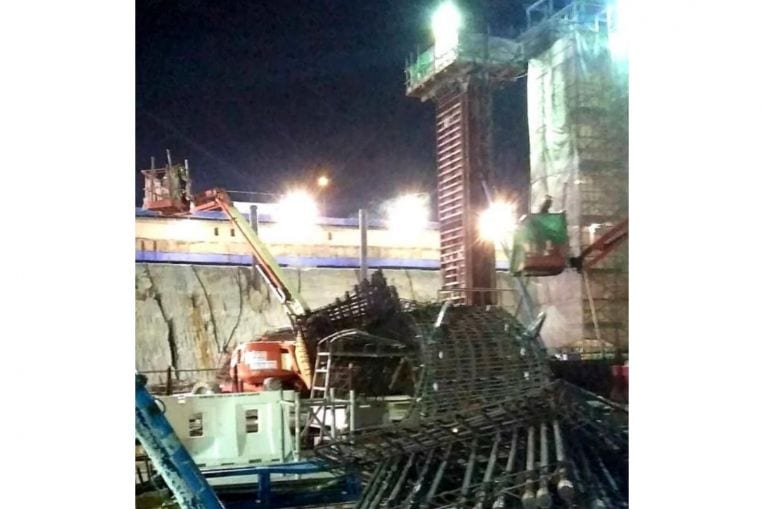 SINGAPORE – Two steel bar cages toppled at the worksite of the East Coast Integrated Depot on Wednesday night (May 15).

In response to queries from The Straits Times, the Land Transport Authority (LTA) said on Thursday that a rebar cage used for the erection of a column “unexpectedly tilted to rest on an adjacent rebar cage”.

The weight caused both structures to continue tilting slowly until they eventually fell, said the LTA spokesman.

A rebar cage is made of steel and is commonly used to reinforce concrete structures.

No one was injured.

The planned opening of the depot in 2024 is not expected to be affected, said the spokesman, who added that LTA takes safety seriously and is investigating the matter.

The Ministry of Manpower said on Thursday that it was aware that a cage of steel bars for a column had toppled at the site, and it was also investigating the incident.

The depot will include depots for the East-West and Downtown MRT lines, as well as the upcoming Thomson-East Coast Line.

The train depot complex will comprise three levels, with the Downtown Line depot located underground, the Thomson-East Coast Line depot at ground level, and the depot for the East-West Line above that.

A bus depot, which can house 760 buses, will be located next to the MRT depots.