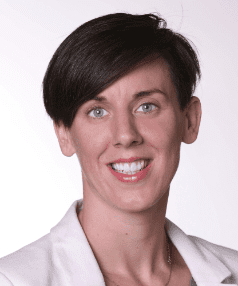 It’s no secret that New Zealand has one of the worst health and safety records in the developed world.

In 2017 there have already been 16 workplace fatalities in New Zealand.

However on the upside, as a whole, there has been significant developments in workplace health and safety in the five years since the Pike River tragedy.

We now have a new regulator (Worksafe), new legislation (Health and Safety at Work Act 2015) and attitude and behaviour in workplace health and safety has improved considerably by employees, employers and directors alike.

There has also been a culture change with increased employee participation particularly through the use of technology, via health and safety management apps on computers and phones, with the purpose of enabling employees to actively engage using auditable systems instead of non-user friendly paper-based archaic systems.

Under the new act Worksafe has 12 months instead of six months to carry out in-depth investigations of incidents involving serious harm.

Therefore with the law changes occurring just a year ago in April we will see the continuation of Worksafe’s active involvement in the workplace when prosecutions start to come through in the latter half of 2017.

A recent case involving an Auckland school highlights how these changes under the new Act have come to fruition whereby a new enforcement measure ‘an enforceable undertaking’ was explored.

Unfortunately this turned out to be all too real for two students from Saint Kentigern College involved in the Sweeney Todd annual school production presented to the public last year. For those unfamiliar with the production, Sweeney Todd tells the story of a psychopathic barber who murders his customers with a razor and then with the help of Mrs Lovett, a pie shop owner, processes their corpses into meat pies and sells them to unsuspecting customers.

In one scene, two school students/actors were being shaved by Sweeney Todd. After being shaved there was a simulation of these characters having their throats cut. The two students received life threatening lacerations to their throats, resulting in them being taken to hospital. One student had a cut almost 5cm deep with trachea and some cartilage visible, with the potential for death. The sharp shaving razor used as a prop had been wrapped in tape by a teacher but it obviously wasn’t sufficient.

Worksafe released its findings in April which has resulted in an interesting but pleasing outcome for health and safety contraventions which occur outside of the workplace. This is the first time Worksafe have used the enforceable undertaking, a provision under the Health and Safety at Work Act, an enforcement tool that can be considered as an alternative to prosecution.

The Worksafe report found that the St Kentigern Trust Board had breached the Health and Safety at Work Act by:

The St Kentigern Trust Board acknowledged that the incidents resulted in two students suffering serious harm as a result of sustaining very serious lacerations to their throats. They also acknowledged the potential for the incident to have caused the two injured students, and the student playing Sweeney Todd character, to suffer emotional or psychological injuries because of the incident.

The Trust Board has proposed an enforceable undertaking to WorkSafe New Zealand under section 123 of Health and Safety at Work Act in relation to the contravention. Worksafe after originally wanting to prosecute, decided against prosecution and accepted the proposed enforceable undertaking and confirmed it was the most appropriate mechanism by which to address accountability in this matteras was a serious but isolated incident.

What is an enforceable undertaking?

It is a legally binding agreement between WorkSafe and a duty holder, and may be used as an alternative to prosecution. It is part of a suite of enforcement tools that WorkSafe has available.

An enforceable undertaking is a commitment by a duty holder to address a failure to comply with the law. This is a potentially powerful tool for a regulator, though as with any enforcement tool, it must be used appropriately. WorkSafe will shortly publish its Enforceable Undertaking Policy which will clarify for the regulated community the circumstances in which an undertaking may, or may not, be accepted by the Regulator and what it should contain.

The Enforceable Undertaking agreement seems a more appropriate response than prosecution in this particular case especially given the Person Conducting Business or Undertaking (PCBU) in this instance was a School Board as opposed to an Employer. Time will tell but its highly unlikely to be used in scenarios where workplaces fail to develop adequate health and safety systems and serious harm occurs.

Most importantly a year down the track from legislation changes, Worksafe is starting to see a see a culture change in people’s approach to health and safety, though we are a fair way from achieving the goal of a 25 per cent reduction in workplace deaths and injuries by 2020.