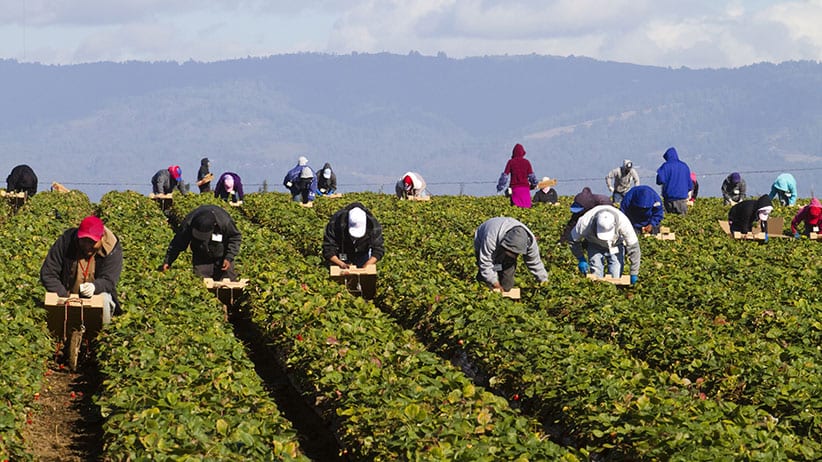 MONTREAL — Henry Aguirre, a temporary foreign worker from Guatemala, considered himself lucky when he got a job in Quebec as a chicken catcher, rounding up poultry and handing them over for processing.

Aguirre, 27, said he was quickly disillusioned when he learned the job paid him by volume instead of full-time, with no pay for time spent travelling from farm to farm.

He said he and his fellow Guatemalan workers had signed job offers they didn’t understand since they were all written in French.

“We didn’t understand the work permit; if we had, we wouldn’t have signed,” he said through an interpreter in a recent interview.

Aguirre was one of a group of foreign workers and activists who attended a small demonstration outside Montreal’s St Joseph’s Oratory earlier this month to call for changes to Canada’s temporary foreign worker program.

Among other things, they are calling for an end to the practice of issuing closed work permits, which restricts a worker to a single employer.

Viviana Medina, a community organizer who attended the protest, said closed work permits, language barriers and a fear of losing their jobs means many workers are reluctant to file complaints against their employers.

“The moment they say something, they’ll be sent back,” she said. “They have to stay in these conditions because they don’t want to lose their jobs.”

A study from the Université du Québec published earlier this month found that many Guatemalan migrant workers in the province are charged recruitment fees in their home countries, despite such practices being prohibited.

The study, which is based on interviews conducted between June and November 2015, found some workers even ended up using the deeds to their homes as a guarantee they’d pay back the money they owed for recruitment fees, according to the spokesman for a union that helped with the study.

“The precarity that brings really makes it difficult for a worker to ever take a stand and complain about the working or living conditions or abuses in the workplace or lack of getting the things that were guaranteed to them,” said Pablo Godoy of the United Food and Commercial Workers International Union.

The federal government says it acknowledges the need for action and has taken a number of steps to reduce exploitation and abuse of temporary workers.

“Changes include increased inspections, improved information sharing and referrals for criminal investigation, and administrative monetary penalties and bans for employers who violate program conditions,” Julia Sullivan, an official with the department of Employment and Social Development, wrote in an email.

The government plans to do more in the future by further increasing inspections and making sure workers and employers understand their rights and obligations, she said.

He and 14 others were subsequently picked up by border services in Oct. 2016 accused of violating the terms of their work permit, he said.

The workers have filed complaints with the province’s workplace health and safety board and requested a judicial review of their treatment during their arrest.

Their lawyer, Susan Ramirez, says she’s met hundreds of workers who have been denied health care or other rights.

“It’s a systemic problem,” she said in a phone interview. “It’s problematic because they’re under the governance of one employer who ignores their rights, and there’s a language barrier.”

Aguirre, for his part, has successfully obtained an open work permit until October, when the request for a judicial review will be heard in court.

He has a new job and hopes to eventually be allowed to stay in Canada permanently.