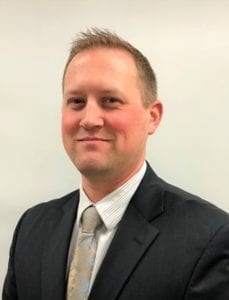 Steven Smith The Christman Business Formerly serving as site security manager at HTH Business, Inc. in both Knoxville, Tennessee, and Beloit, Wisconsin, Smith promoted a culture of safety throughout the organization. He likewise served for 6 years as safety and training manager at Noble Corporation in Sugar Land, Texas.

“Steven’s leadership will assist us preserve our strong safety record and culture,” stated Marty Gibbs, vice president and basic manager for The Christman Company’s operations in Knoxville. “He will implement the safety protocols and hands-on training that will be effective at every level of our operations.”

Smith is a U.S. Marine Corps veteran, obtaining the rank of corporal. He was based at Camp Pendleton, California; Camp Lejeune, North Carolina; and the Naval Construction Battalion Center in Gulfport, Mississippi.

He made a bachelor’s degree in government from Penn State University and currently is pursuing a bachelor’s degree in occupational health and wellness from Columbia Southern University. Smith holds industry certifications, including Occupational Health Security Professional (OHST) from the Board of Licensed Security Specialists and ServSafe Supervisor. He has completed OSHA 30 General Industry training.

Smith and his better half, Crystal, reside in northeast Knox County with children Samuel, Aiden and Grady. A devoted traveler, Smith has resided in 3 nations and checked out 16. In his extra time, he enjoys restoring vintage cars.

About The Christman Company

The Christman Business, established in 1894, is among the nation’s leading professional building services firms. The company’s award-winning services consist of building management, general contracting, design/build, program management, real estate advancement, and self-perform proficient trades. Christman concentrates on a range of construction markets, consisting of higher and K-12 education, federal government, industrial and power, healthcare, and corporate workplace. Ranked at 110 in the Engineering News-Record ENR 400 top contractors nationally, Christman has more than $3 billion in construction underway managed by 400 professional staff members in 10 different workplace places throughout the Southeast U.S., the Midwest, the Southwest U.S., and the mid-Atlantic. To learn more, check out christmanco.com and link on Facebook, LinkedIn or Twitter.