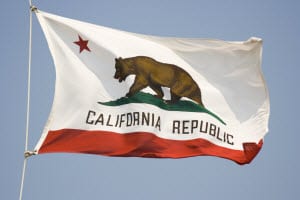 Two bills affecting workplace health and safety in California—one affecting healthcare employers and the other affecting childcare providers—have made some progress in legislative committees.

A.B. 402 Occupational safety and health standards: Plume passed the Assembly Labor and Employment Committee on March 16; it now goes to the Assembly Appropriations Committee. This bill would require the Occupational Safety and Health Standards Board (OSHSB) to adopt standards to protect healthcare personnel and patients from noxious airborne contaminants—called plume—generated during specified medical procedures. “Plume” is defined in the bill as “noxious airborne contaminants generated as by-products of the use of energy-based devices, electrosurgical devices, electrocautery devices or mechanical tools during surgical, diagnostic or therapeutic procedures.”

If it becomes law, the bill would require the Division of Occupational Safety and Health to convene an advisory committee to develop a regulation requiring a health facility to evacuate or remove plume through the use of a plume scavenging system in all settings that employ techniques that involve the creation of plume by June 1, 2018. The bill specifies that the proposed rule must include a training requirement applicable to all workers foreseeably participating in procedures that involve the creation of plume. It authorizes specific affected parties to be part of the advisory committee, including practicing physicians and surgeons from affected specialties. The proposed regulation must be submitted to the OSHSB by June 1, 2019; the OSHSB would have until July 1, 2020, to adopt the regulation.

A.B. 676 Child care and development: occupational health and safety training is slated for a hearing in the Assembly Human Services Committee. This bill would require childcare providers to attend mandatory occupational safety and health training. Under the bill, all early educators—defined as either childcare providers, administrators, or employees of a licensed child daycare facility who provide childcare services directly to children in a licensed child daycare facility, or license-exempt providers who provide childcare services directly to children under a publicly funded childcare program—would be required to attend a onetime, 2-hour, peer-led training session on occupational health and safety risks.

The training provider would be selected by the Department of Industrial Relations, and its contract to provide the training would be administered by the Department of Social Services. Currently employed early educators would be required to complete the training within 4 years of its first being offered; new early educators would have to complete training within 3 months of beginning to care for children in a licensed facility. According to the bill’s author, Assembly member Monique Limón (D-Santa Barbara), “There are limited training options for early educators, and little instruction is offered in terms of these workers’ health and safety on the job…. With just 2 hours of preventative training, we can prevent serious injuries, and keep child care workers healthy and on the job. Two hours of prevention is literally worth years of care.”