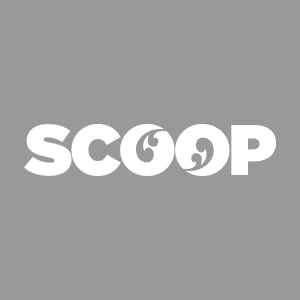 A rural health leader is urging the government to provide equitable funding for people in country areas struggling with mental health and addiction issues.

When the rural rate reaches 50 percent higher than in cities, the Ministry of Health deem it statistically significant, Thompson says. She made the comments in Wellington today to coincide with the latest farm-related suicide research report conducted by Dr Annette Beautrais for RHAANZ, funded by AgResearch.

“When that happens we sometimes see a flurry of response or activity from the government. Trouble is you can’t turn suicide prevention activities on and off according to statistics. You need to be proactive and continually build mental resilience within communities,” Thompson says.

“When we ask the ministry what they know about the rural people who took their lives they can’t tell us anything about who they are, which town they came from or what work they did.

“When these people are added in, the differential in suicide rates urban versus rural and other major health markers are likely to be statistically significant. The Coroner does record farming as a profession because some years ago the chief coroner became particularly worried about this group and wanted to start tracking it.

“But we can only access records as far back as 2007. We focussed on suicide in people working on farm-related occupations as a rough proxy for rural suicide.”

The latest research report by Dr Beautrais is quite ground breaking as it is the first in-depth study into farm related suicides in New Zealand and in many respects the world, Thompson says.

“We all agree with the recommendations contained within the report but how some of them get done will be controversial, such as improving pastoral care of farm workers and on-farm firearm safety. Guns, for example, are an integral part of farming life and the health and safety pressures on farmers are already deemed excessive.”

The report says that farm suicides tend to be young labourers not farm owners. Suicide prevention programmes need to be targeted to this group and include workplace health and safety, suicide prevention education, alcohol and drug education, resiliency and life skills building programmes, and gatekeeper training programmes for farm employers, managers and rural communities and service providers.

Improved rural mental health in general would be expected to have its own impact on reducing suicide. This is being addressed in another project between RHAANZ and the Ministry of Health to create a framework to improve rural mental health and addiction outcomes, which was also launched at the national rural health conference in Wellington today.