Vision Zero even in space 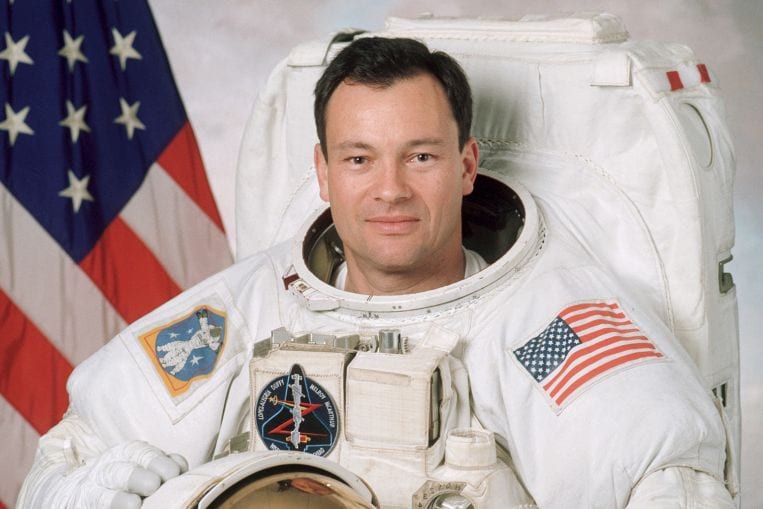 A single safety pin has the potential to jeopardise an entire space shuttle mission.

That is why occupational safety and health is non-negotiable in space, says retired Spanish-American astronaut Michael Lopez-Alegria.

He certainly knows a thing or two about safety in the most dangerous situations having been a former naval aviator who also went on four spaceflights, logged more than 257 days in space and performed 10 spacewalks.

Mr Lopez-Alegria, who joined Nasa in Aug 1992, and went on his first space mission in 1995, tells The Straits Times: “I’ve known about the importance of safety long before I became an astronaut… (and) in human spaceflight endeavour, safety is paramount as there is no room for error in space.”

He was speaking ahead of next week’s 21st World Congress on Safety and Health at Work in Marina Bay Sands, where he will be a keynote speaker.

He recalls that incident involving the offending pin: “Just before the third launch attempt of space shuttle mission STS-92 in October 2000, the Ice Team – those charged with physically inspecting the launch vehicle after it has been fuelled with cryogenic hydrogen and oxygen – spotted a safety pin that had fallen onto part of the orbiter structure.

“Even though the pin weighed a few ounces, and the launch vehicle weighted 41/2 million pounds, the launch was scrubbed with less than an hour to go because we couldn’t be sure where the pin would end up.”

It was a pain, but a necessary one, says Mr Lopez-Alegria, who is now an independent consultant to traditional and commercial spaceflight companies.

“As a result of the delayed launch, resources were wasted, but this incident showed the importance of how workplace safety is treated as a priority,” he adds.

The seasoned spacewalker notes how Nasa has myriad processes, from education to tool control, hazard analysis, and specific presentation of safety anomalies to formal safety review boards, which was what saved the day.

He stresses: “Nasa has been employing many of the principles of Vision Zero long before there was a name for it.” He retired from Nasa in March 2012.

Vision Zero is a global strategy for health, safety and well-being, where it is about cultivating the mindset that all injuries and ill health at work are preventable and zero harm is possible, and seeking solutions.

ISSA president Joachim Breuer says Vision Zero will be one of the key points of discussion at the World Congress.

Technology can also play a part in the Vision Zero mindset of prevention, says Mr Lopez-Alegria.

Referring to the 2003 tragedy, when space shuttle Columbia disintegrated 60km from Earth and seven astronauts on board died, he notes: “The Columbia disaster demonstrated that the leading edge of the shuttle’s wings were vulnerable to impact from launch debris (ice).

“To mitigate the issue, we incorporated and installed wing leading-edge sensors to alert the flight control team of a potential problem that would trigger a detailed inspection using the robotic arm.”

Looking back, the former astronaut says the No. 1 lesson that can be applied across all industries – when it comes to Vision Zero and workplace safety – is “the importance of having an institutional safety culture that permeates the entire organisation”.

Mr Lopez-Alegria explains: “This means inculcating a workplace culture where everyone takes equal ownership and responsibility of safety. This is one way to change mindsets and keep safety considerations first and foremost in everyone’s mind.”

•Brought to you by the Ministry of Manpower