What Was Car Safety Like in the 20th Century? – National Motorists Association 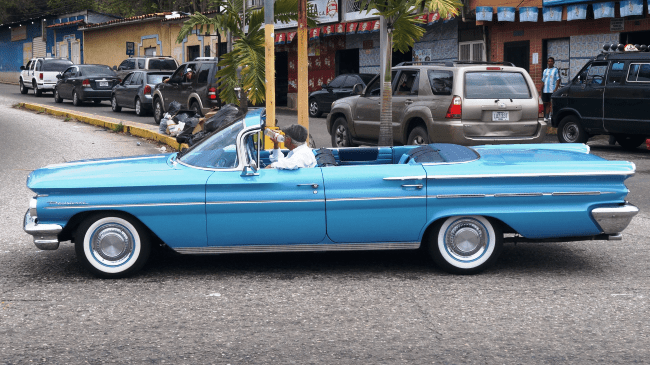 Similar to air travel, many believe the “Golden Age” of automobiles passed by us. It’s simply a lazy take to reminisce about cars built decades ago and say everything was built better back then based on nostalgia.

It’s natural to let out some ooh’s and ahh’s when we see classic cars speed past us on the highway, but most times, memories of the past seem better because we conveniently remember the good parts.

Many of us have heard that cranky grandpa talk poorly about modern cars today, in comparison to the pristine 1960’s convertible he picked grammy up in on their first drive-in movie date. To put it frankly, those were simpler times, and the cars back then followed suit.

If you look past the fancy pastel paint jobs and the classic 1950’s tail wings, you can see the sheer danger these cars presented. The cars of grandpa’s past wimp in comparison to today’s safety standards. In the ’50s and ’60’s the stiffness and heaviness of cars meant your body took the brunt of the force upon impact.

Safety Features In The 20th Century

Even when in the car with an experienced driver, a car can become a high-speed projectile. When you add a drunken, distracted person at the wheel, a car can become a murder weapon. This, among other things, leads to higher insurance premiums, although the reasonable insurance cost for classic cars does help their case.

Rather than addressing humans as the root of the problem, numerous safety devices were created to apply to these projectiles to decrease the likelihood of fatal accidents. It seems to work as the fatality rate of automobile crashes decreased significantly from its peak of nearly 55,000 motor vehicle fatalities per year in the ’60s per year.

Although many safety features were rather slow to arrive, they proved useful. Here are some important modern inventions that ultimately made driving on the roadways safer.

The amount of intelligence modern cars have today is astounding. Whether the cars that can automatically brake, stay in its lane, parallel park or wake up its driver when they’re falling asleep at the wheel, it’s clear we’re just entering the “Golden Age” of automobiles.

At the end of the day, the only way to make cars completely safe is to make a car that doesn’t crash. People are the root of most auto accidents, and with the rise of distractions brought by the use of smartphones while driving, we can expect to see a focus on completely autonomous cars increase in the next decade.

Scientists have strived through the last five decades to make cars as safe as possible, but until autonomous cars are the norm, the biggest challenge we face for safety while traveling is ourselves.

Scott Huntington is an automotive writer from central Pennsylvania. Check out his work at Off the Throttle or follow him on Twitter@SMHuntington.

What Was Car Safety Like in the 20th Century?