Worker falls to death after rope attached to him snaps 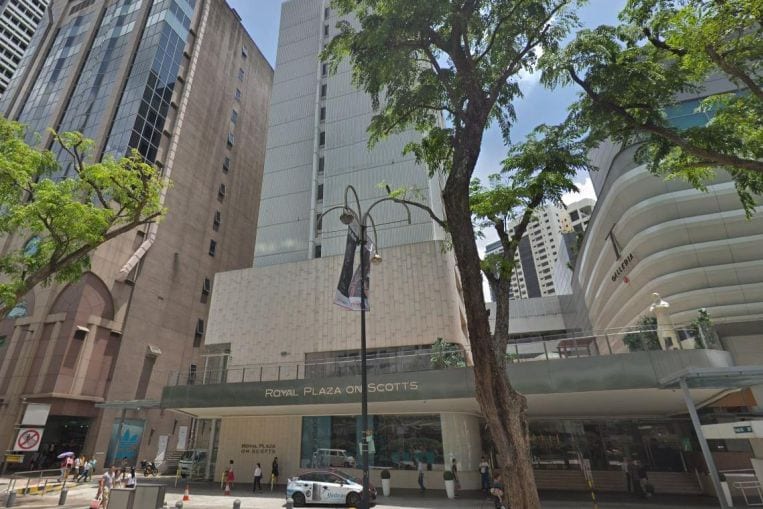 A 27-year-old foreign construction worker fell to his death on Tuesday when the rope he was attached to snapped after a part of it became entangled with the side mirror of a passing bus.

The Indian national, who was painting the exterior of the Royal Plaza on Scotts, was secured to the rope and hovering several storeys above ground.

The Ministry of Manpower (MOM), which is investigating the incident, said the bottom of the rope became entangled with the bus, causing it to snap.

As a result, the worker fell to the ground, the ministry said in a statement to The Straits Times.

ST understands that the accident took place at the rear of the hotel building. It is not known if the private coach was ferrying passengers.

Police, who were notified of the industrial accident at 5.37pm, said the man was found motionless.

He was later pronounced dead at the scene by Singapore Civil Defence Force paramedics.

MOM said the worker was employed by CKR Paints and Coating Specialist. The main contractor for the works was Advanced Specialist.

All painting and cleaning works requiring rope access at Royal Plaza on Scotts have been halted.

When ST contacted CKR Paints and Coating Specialist, employees declined to comment on the accident. They also did not elaborate on whether the company would provide support to the worker’s next of kin.

“The authorities are already looking into it, so we’ll have to wait to see what they say,” said an employee over the phone.

Investigations by MOM and the police are ongoing.