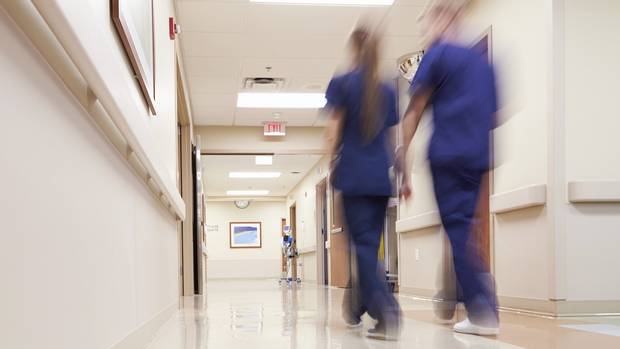 Despite having one of the most demanding jobs in the country, nurses remain without many of the protections and safety standards enjoyed by other public service workers, and it’s costing Canadian taxpayers billions.

Sixty-one per cent of nurses say they have experienced abuse, harassment or assault in the workplace in the past 12 months, according to a recent study by the Canadian Federation of Nurse Unions (CFNU). By comparison, only 15 per cent of Canadian employees in other sectors reported experiencing abuse, harassment or assault in the workplace during the previous 24 months, according to a 2016 study by Vector Poll.

As a result of these incidents, Canadian nurses are more likely to experience burn-out, show signs of post-traumatic stress disorder (PTSD), require time for recovery or leave the profession entirely. A 2015 study by the Manitoba Nurses Union found that 52 per cent of its members had been physically assaulted on the job, while 76 per cent had been verbally abused.

“Nine per cent of nurses are off absent due to their own illness or injury, and just that cost in Canada is close to a billion dollars per year,” said CFNU president Linda Silas, adding that the average absenteeism rate across all other occupations in Canada is 5.7 per cent.

Silas said that abuse, harassment and assault in Ontario hospitals costs taxpayers $ 23.8-million a year . The CFNU study also found that two-thirds of Canadian nurses have considered leaving their job in the past year as a result of abuse. “It hurts not only the worker, but it hurts our health-care system,” she said.

Statistics gathered by the Workplace Safety and Insurance Board suggest that health-care workers experience significantly more injuries than those employed in fields often perceived to be more dangerous. In 2014, for example, there were 639 lost-time injuries due to workplace violence in the health-care sector in Ontario, compared with 77 in manufacturing, 10 in construction and one in mining.

A 2015 study by WorksafeBC found that nurses were the victims of more than 40 per cent of all violent workplace injuries in British Columbia during the prior decade, followed by law enforcement workers with 14 per cent. Ms. Silas said that, unlike other public service workers, who are protected by specific laws pertaining to their profession, health-care workers remain relatively unprotected by the legal system.

“There are specific laws that protect bus drivers,” she said. Bill S-221, which amended the Criminal Code to require stricter sentencing for assault cases involving public-transit operators, became law in 2015. “There’s nothing like that in Canada for health-care workers.”

With few formal processes to deal with abuse, harassment or assaults in the workplace, a majority of incidents go unreported. According to the CFNU study, only one-quarter of victims sought help from their union, and only 60 per cent reported the incident at all. “There’s nothing being done about it, so why should I fill out all the forms and take the time to meet with my manager?” Ms. Silas said.

The factors that contribute to the relatively dangerous working conditions experienced by nurses are many, ranging from the nature of the work itself to increasing patient populations and workloads to a lack of industry-wide policies and standard practices.

“The key is to improve the occupational health and safety laws and improve internal reporting mechanisms and training, but number one is better risk assessment,” Ms. Silas said. She said that before workers arrive at a construction site, there is a thorough assessment of all possible risks, followed by deliberate measures to mitigate them.

“Bill 168, which came into force several years ago now, was the current Liberal government’s first attempt to expand the occupational health and safety act to address things like workplace harassment,” he said. “Bill 168 had requirements regarding policies and procedures, but it also required that every employer conducts a risk assessment.”

The bill, said Mr. Rudner, was in large part a reaction to an infamous incident involving Windsor nurse Lori Dupont, who was stabbed to death in 2005 by an anesthesiologist with whom she had had a romantic relationship.

“Now we have Bill 132, which came into force last fall, and really focused on harassment,” he said. “As we see these changes, we see more being reported, not because there’s a real increase in harassment, but because there’s more of an understanding that it’s unacceptable and should be reported.”

While the number of reported incidents of abuse, harassment and assault are increasing in all sectors, health care continues to stand out as one where employees are statistically more likely to experience abuse, harassment or assault first-hand.

Jamie Stewart, a registered nurse at Queens General Hospital in Liverpool, N.S., and a 23-year veteran, believes the number of incidents is “certainly increasing, adding that he personally experiences some form of abuse or harassment on a weekly basis, and witnesses an incident involving co-workers daily.

“The most commonplace would be forms of harassment: threats, yelling, more verbal aggression,” he said. “I would probably say maybe one in 10 gets a little more aggressive, where you start to see people asserting themselves physically. As far as physical contact, I would say it’s more rare, but the threat is always there.”

While he entered the sector aware of the emotional difficulty associated with caring for patients, Mr. Stewart says he never anticipated the abuse, harassment and assault he’s witnessed on the job.

“Back when I started, you thought of the health-care setting as a place of safety, where people could go to get help and be cared for,” he said. “Now it’s becoming more of a battleground.”

Mr. Stewart said that hospitals are tense work environments, where most occupants are in some form of personal or family crisis and staff members are often fatigued, in part due to the high absenteeism rate.

“People don’t realize that this violence in the workplace contributes to the high cost of care,” he said. “You have staff who have lost time due to injury, you have patients who are suffering because nurses aren’t there to care for them and they don’t have positive outcomes, so situations where nurses are suffering from PTSD or burn-out is actually costing more than the cost of better security.”