Workplace deaths, injuries dive in first half of 2017

While the collapse of the upcoming Pan-Island Expressway viaduct last month cast a dark shadow over workplace safety, official statistics released yesterday show a plunge in workplace deaths and injuries in the first half of this year.

Still, the authorities are working on further reducing the numbers, which do not include the one dead and 10 hurt in the viaduct tragedy.

The Ministry of Manpower is reviewing the Workplace Safety and Health Act to, among other things, introduce stronger measures to deter worksite accidents andraise the maximum penalties for offences that result in serious injuries or deaths.

The review started earlier this year and is expected to be completed by the year-end.

Meanwhile, the first-half figures from the ministry and Workplace Safety and Health Institute show that seven, or more than one-third, of the 19 deaths took place in manufacturing (five deaths) and construction (two deaths).

The top two causes of death were accidents involving vehicles on public roads or at worksites, and falls from a height. 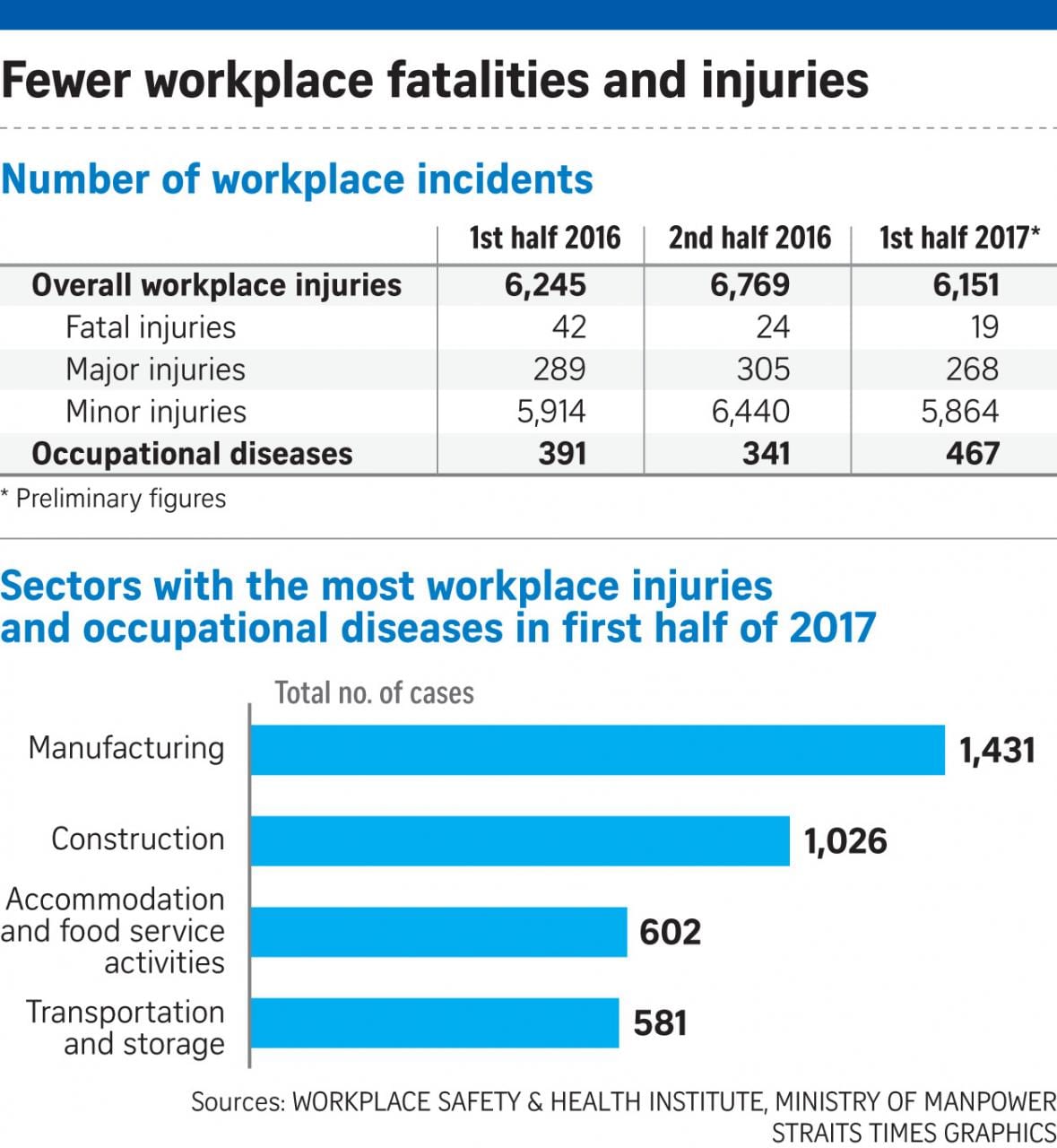 Two workers have also died in fires and explosions so far this year.

Most of the workers hurt at their workplace suffered minor injuries such as bruises and sprains. In the first half of this year, there were 5,864 minor injuries, compared with 5,914 last year.

Those who suffered major injuries, such as fractures after they stumbled or fell in their workplace, totalled 268, compared with 289 in the same period last year.

Despite the decline in deaths and injuries, the workplace has grown more hazardous in another respect.

The number of occupational disease cases rose from 391 to 467.

The spike “suggests that more effort is needed to manage health hazards in the workplace”, Dr Gan said.

Yesterday, the ministry said it conducted 2,800 spot checks at worksites and factories between January and June this year.

It uncovered 4,300 workplace safety and health violations, and 28 companies were ordered to stop operations, each for an average of four weeks, to correct their lapses.

The ministry warned that it will continue to target three areas in its spot checks.