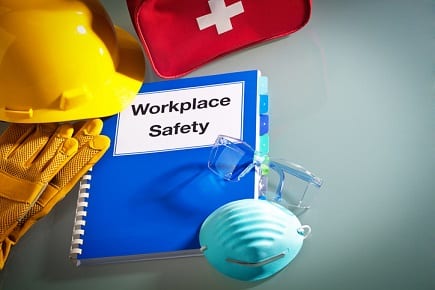 The prosecution case against Copper Mines of Tasmania over the death of a worker at the Mount Lyell site has been dropped.

Michael Welsh died at the Queenstown mine in Tasmania's west in January 2014, a month after two other workers fell to their deaths at Mount Lyell.

The 53-year-old was killed when a sudden inflow of mud inundated its lower levels.

CMT had pleaded not guilty to charges of failing to comply with health and safety duties.

The charge was dismissed in the Magistrates’ Court, after the Director of Public Prosecutions declined to offer any further evidence following two weeks of evidence in Burnie and a scheduled further two weeks in Hobart.

The mine has since been shut, but is expected to reopen later this year.

Welsh was working near a rock wall that was being prepared for ore extraction on the day he died.

Moreover, the Court heard Welsh's superiors knew of concerns about the stability and moisture levels in that section of wall, and that the mine was prone to mud rushes.

"A formal risk assessment was not undertaken and none of the prescribed hazard controls were activated," said prosecutor Simon Nicholson in his opening address to the court.

His death followed the double fatality of Craig Gleeson, 45, and Alistair Lucas, 25, in December 2013.

The pair fell from a temporary timber platform, with CMT later fined $ 225,000 for failing to comply with workplace health and safety obligations.

HRD contacted CMT for comment and was provided with a statement from CMT’s General Manager Peter Walker.

He said that the thoughts of the company remained with the family of Welsh.

“We understand that these legal proceedings have been difficult for Michael’s family,” said Walker.

“From me personally and on behalf of everybody in the company, we are sorry for what happened.

“It was a very complicated matter involving our main underground contractor, forces of nature deep underground as well as important legal issues as to how WorkSafe Tasmania prosecuted the charges.

“There is no pleasure gained from this result but only relief that it is finally over. It has been important we gave this matter our full attention up until now however the end of the proceedings means we can devote time to the reopening of the mine.”

Walker said that CMT have always been confident that the company had robust systems and processes to properly manage this particular underground risk and we always believed that evidence would support this.

“The decision by the DPP not to proceed further confirms our belief. We look forward to a restart of the mine as soon as possible,” he said.

“We are continuing with our restart studies and with a buoyant world copper price, it’s looking positive.”

Walker added that since two fatal incidents at Mt Lyell in 2013 and 2014 he was confident the company had industry best practices in safety systems but would be always looking to improve.