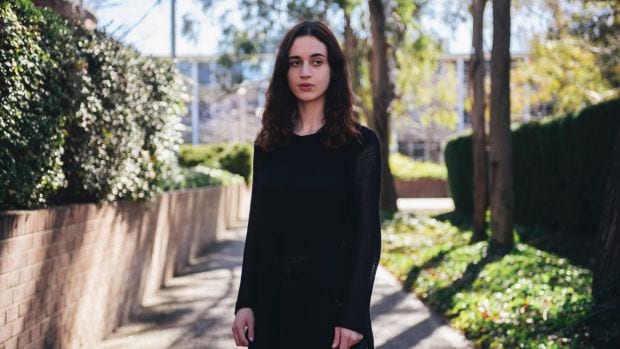 McKellar student Anna Dennis said she was unpaid wages for multiple training sessions at a previous job and, along with other staff, was subject to bullying at another workplace where staff were afraid to take meal breaks.

In one workplace, a coworker suffered an electric shock from a power point next to a sink spilling water, after another staff member had been shocked before.

The employers did not report the incident but tried to smooth things over with the young worker instead.

She’s not alone. Workers as young as 15 have reported being underpaid,harassed and made to work in unsafe conditions in a scathing report into youth employment in Canberra.

The report released by Unions ACT on Monday found 76 per cent of people surveyed aged 15-25 said their bosses had underpaid them, while more than half had been made to work unpaid trial shifts before securing more regular work.

In an alarming sign for young workers’ safety and health at Canberra businesses, 70 per cent said they had been in unsafe workplaces and the same number had been bullied or harassed at work.

The survey, which collected responses from 260 people over two months, found young people reported bosses had underpaid them by failing to pay penalty rates, manipulating timesheets, withholding tips and superannuation, or paying through cash-in-hand, a method often used to avoid the minimum wage.

In the report Unions ACT said theft from young workers was widespread in Canberra, and called for greater penalties for bosses flouting workplace laws.

Get the latest news and updates emailed straight to your inbox.

“Employers who show a callous disregard for young workers’ rights and safety have little to fear from federal and ACT regulators and this culture of exploitation flourishes as a result,” the report said.

Most young people surveyed worked in the ACT’s hospitality and tourism (31 per cent) or retail and sales (27 per cent) industries, and were employed casually.

Unpaid trial shifts were a common experience for young workers in the survey, which found 56 per cent had completed one.

In some cases, workers had prolonged periods of unpaid ‘trial’ work, and in one instance a young person said they had worked three weeks of daily full time shifts without pay.

The Fair Work Ombudsman says unpaid trial shifts may be unlawful if they continued for longer than is actually needed, and employees should be paid for any period beyond what is reasonably required to demonstrate the skills required for the job.

Unions ACT said young people were scared to raise their concerns despite underpayment and unsafe workplaces because they feared being sacked or having their shifts cut.

Ms Dennis, 23, needed the wages to support herself through university but had been unaware of employees’ rights at work to payment for time spent in training.

Despite being underpaid and working in an unsafe business, she feels fortunate compared to other young workers.

“It’s really messed up I feel OK about this, because these things are not OK,” she said.

Young people joining hospitality and relying on it for income were unsure if they would get paid fairly.

“The most concerning thing is so many people who work in hospitality are so young.”

The report called for greater union access to workplaces where there was evidence of exploitation, a certificate for employers of young workers, and harsher penalties for serious and repeat offenders.