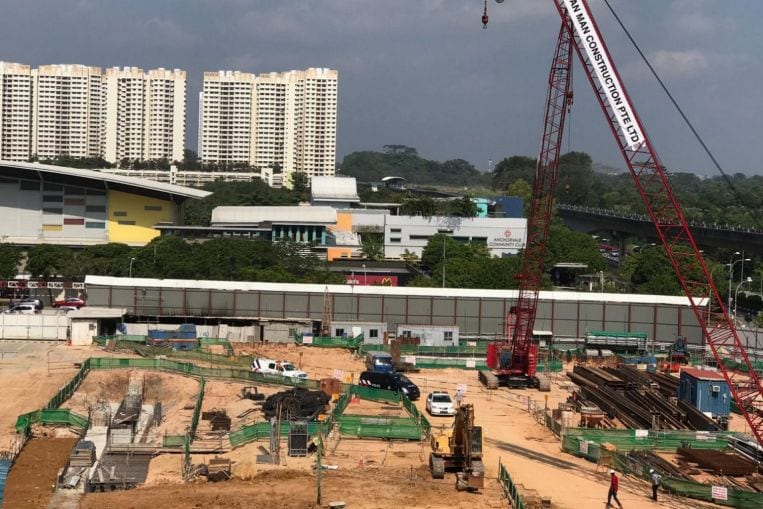 SINGAPORE – A 36-year-old worker died after he was struck by a sheet pile at a Sengkang construction site on Saturday (March 9).

The Indian national was working at the Anchorvale Road site at the time, the Ministry of Manpower (MOM) said in a statement.

The Straits Times understands that he was carrying out piling works.

The police said they were alerted to an industrial accident at 327C Anchorvale Road at about 9am.

Police added that the worker was found motionless at the scene. He was pronounced dead by paramedics.

MOM said that the occupier of the work site is Ken-Pal, while the worker was employed by Harris Construction.

On Feb 22, a 27-year-old Indian construction worker died after he was knocked down by a tipper truck at a Changi East worksite.

MOM said it was the first fatal accident related to the Changi East project, which includes the construction of Changi Airport Terminal 5.

The worker was on the left of the tipper truck at a T-junction when the truck made a left turn and hit him.

In January, a 28-year-old worker was killed after a Housing Board lift that was undergoing upgrading seemingly dropped from the fifth to the first floor.

The Bangladeshi worker was part of a team carrying out lift replacement works at Block 805 in Chai Chee Road, MOM said.

He had been moving debris from the fifth to the ground floor when the incident happened.

He was found injured and unconscious inside the lift on the ground floor.

Latest figures by the MOM released last month showed that 41 workers died from workplace injuries last year, one fewer than the year before.

The construction sector remained the top contributor of deaths, with 14 fatal accidents, two more than the year before.

MOM attributed the decline in workplace fatalities to the Workplace Safety and Health Act enacted in 2006, thought it said that falls from height, slips, trips and falls, and vehicle-related incidents remained the top causes of fatal injuries.